“….. of the ten shares of magic that the Earth received, nine fell in Egypt, while the rest of the world shares the tenth.” – Geraldine Pinch, “Magic in Ancient Egypt” 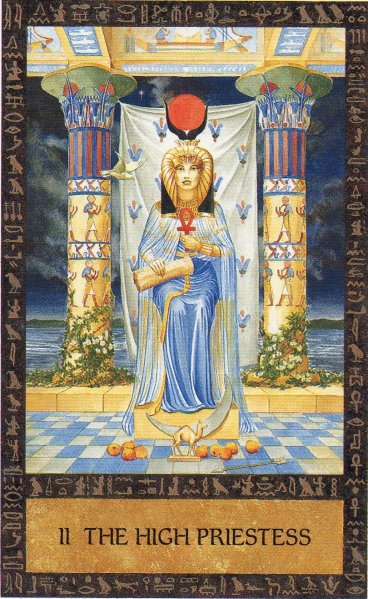 It’s been a really long while since I have written and updated this blog. Life has a way of happening, and I sometimes find myself caught up in it.

This year, for Wep Ronpet, or Kemetic New Year, on this day that we celebrate the birthday of Aset (aka Isis), Mistress of Magic, I thought it was only fitting that I include that favorite quote. It is at least partially true that for this legend alone, that Egypt holds nine of the ten measures of magic in the world, that it holds so much of a draw for so many of us. We know how true that idea is because of how deeply it is lodged within our human DNA.

If you look at almost every single “magical” tradition in the world, particularly those of Western magic, there is a direct link to the Two Lands. If there wasn’t a direct link, certainly it was one that was fervently desired. Even before Francoise Champollion translated the Rosetta Stone, the ancient mysteries of Egypt would lend an air of legitimacy to any magical or metaphysical tradition or act. This idea has continued to the present day with various Kemetic temples, traditions and practitioners all jostling to see which group or individual has the a “more authentic than thou” connection to the ancient past.

The fact of the matter is this: Egypt did influence the world. Hermeticism, gnosticism, alchemy, tarot and astrology, all claim to have originated along the banks of the Nile. There are, in my experience, groups and individuals that like to claim fantastical histories and accomplishments that were never a part of ancient Egyptian culture. The other side of that coin are the reconstructionist / revivalist groups who dare not speculate on anything that falls outside of the hallowed halls of that which is “egyptologically approved.” Both sides have their approaches, and there are times when both are so equally damned annoying that anyone with an interest in Egyptian religion is likely to chuck the whole lot over their shoulder and walk away in confusion and/or disgust.

I personally believe that somewhere in the middle lies the truth of the matter.

I have seen, experienced and been a part of things with relation to my several decade long relationship to Ancient Egypt or Kemet that I simply cannot explain. I can also say with certainty that those experiences were 100% real and they happened. There is something to all of this “stuff” and if you get a small taste of it for only an instant, you will never forget it for the rest of your life. That I can promise you. There is no need to make up the mystic woo-woo. No need to embellish the stories or Hollywood them up in order to make them more whatever; the reality is astounding enough.

During this time of the year, the last week of July through the first weeks of August, we Kemetics celebrate the Epagomenal Days leading up to Wep Ronpet. During those five days, or “non-days”, we celebrate the birth of the five children of the Goddess Nut. They are in order of appearance:

After these Primordial Five are born, the Rite of the Turning Back the Enemies of Ra is performed. During this rite, we destroy an effigy of the Apophis or Apep Serpent. We throw a net over it, throw sand on it, smash it, burn it and we eat cake that is to represent the ultimate destruction of the Uncreated and all of the senseless, wicked things in the world in order to overcome them. Once that rite is finished, it is safe to bring out the various icons from their naos shrines and to show them the light of Ra, and offer them purification in the form of blessed water and natron and the feather of Ma’at.

During these rites, and with various groups devoted to this, amazing things happen. People interact with their Spiritual Parents, receive dreams, messages and experience things that can be a bit outside of what is considered the norm than at any other time of year. Some say it is because it is at this time that the veil between us and the akhu (ancestors) and the gods is thinner, and access between those realms is easier. I can honestly say I don’t know if it’s true or not – I can only go by my own experiences, and everyone is going to have an experience that is truly their own.

Though there is something to be said about having a natural ability in realms spiritual / magical, none of us springs from the womb knowing this stuff. (And by the way, anyone who tells you that they did is lying to you.) NO matter how you approach it, no matter what organization that you belong to – or not, we are all going to have a different approach. What we do with the measures of magic we are able to integrate into our lives and act upon is up to us. It’s not without pitfalls, and none of it comes without hard work and more than a few hard lessons along the way.

(crossposted from my blog at fannyfae.com)